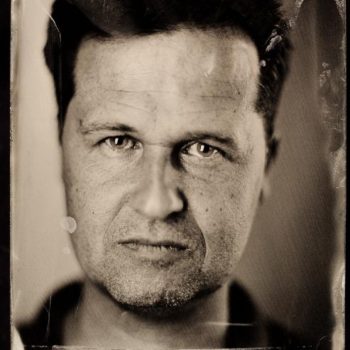 Film and Game Composer, Virtuoso Cellist, member of the Academy of Motion Picture Arts and Sciences and Fellow at the Royal Academy of Music

Philip Sheppard is an award-winning composer, producer, virtuoso cellist, professor at the Royal Academy of Music and a creative innovator who has worked with some of the biggest names in music, tech, sport and film.

Philip regularly writes and plays with Odesza, Pretty Lights and UNKLE and has been featured as a guest artist with rock and roll legends, including Scott Walker, Grace Jones, Jimmy Page, Jeff Buckley, David Bowie, Sia, Suzanne Vega and Jarvis Cocker. In 2017, Philip collaborated once again with Odesza on their third studio album, A Moment Apart, which was nominated for two Grammy Awards: Best Dance/Electronic Album and Best Dance Recording for Line of Sight. Philip’s solo album, Somewhere Along the Edge, was recorded at Abbey Road Studios in September 2016 and was his first studio album away from specific movie soundtracks for some time. Each track is dedicated to someone who lives fully at the edge of life -whether explorers, artists, travelers or thinkers. Philip’s latest album, Fall From Earth, is his second solo orchestral album and was recorded at Abbey Road Studios in July 2017. Each track on the album has an intricate and deep meaning reflective of human experiences.

Philip has produced many large scale and complex live events. He was the music director for the London 2012 Handover sequence at the 2008 Beijing Olympics Closing Ceremony. Philip composed and produced the music for the ceremony, including a new version of the UK National Anthem. He recorded and conducted the London Symphony Orchestra playing his Olympic sequence (entitled This Is London), and produced a new version of Jimmy Page and Leona Lewis performing Led Zeppelin’s Whole Lotta Love for the culmination of the ceremony.

For the 2012 London Olympics, Philip conducted, rearranged and edited all 205 national anthems for the winners’ ceremonies. The national anthems were recorded with The London Philharmonic Orchestra at Abbey Road Studios. The epic challenge took 52 recording hours. The anthems produced by Philip are to be used for the next 25 years of International Olympic Committee events. His portfolio also includes being music producer for the Tour de France, the Rugby World Cup, the COP21 Paris Climate Change Summit and New Year’s Eve celebrations at the world’s tallest building in Dubai.

His stage works include the inaugural HATCH Global Impact Series with international human rights attorney, Kimberley Motley, and Grammy-nominated musician, KT Tunstall, Sacred Monsters for Sylvie Guillem and Akram Khan, In-I starring Khan and Juliette Binoche, One Drop for Cirque du Soleil and a radical reversion of Handel’s Sarabande in Black, which was performed live by the Academy of St Martin in the Fields, for Alexander McQueen’s Spring/Summer 2007 Paris Fashion Week show, Sarabande. This score went on to become part of the Savage Beauty exhibit at the Metropolitan Museum of Art. Philip, in collaboration with James Lavelle of UNKLE, co-produced Daydreaming With Stanley Kubrick, a riveting audio-visual show set in Somerset House against iconic visuals from Stanley Kubrick’s various works.

Philip was honored with BBC’s Music Production of the Year for The Manchester Passion and was named as one of Origin Magazine’s “Top 100 Creatives in the U.S.” He is also the recipient of a RAM Fellowship, a lifetime achievement award from the Royal Academy of Music for his services to music and education.